Usage of traditional media for presentations like catalogues, brochures, manuals are now becoming increasingly rare. Electronic presentations are fast gaining popularity because of its adaptability to amendments, revisions, updates, etc. And most important, it saves on trees otherwise required for manufacturing paper. Our Multimedia Engineers and Graphic Designers create e-brochures, e-catalogues, etc, that combines the convenience of traditional media with easy to use digital technologies to deliver a seamless experience to the target audience.

Animations are the process of creating artworks or models that seemlessly create a semblance of motion. Animations are mostly computerized however it still requires conceptualization and visualization that are the forte of creative talents. Hence, animations require a blend of highly sophisticated computer skills combined with creative talents of concept development and visualization. 2D and 3D animations can be applied to various business processes to achieve desired results. For example, 2D animations can be used to animate the flow diagram of a factory or a process. 3D animations can help demonstrate inner working of machinery, which would otherwise be impossible, or a 3D architectural walkthrough of a project yet to be constructed.

Voice-over is required when an audio in a particular language needs to be replaced with an audio in a different language. Mostly advertisements, corporate presentations, computer-based-training modules, online training, documentaries, movies, etc. require voice-over to enable use of these items in a different region or country.

Voice-overs typically requires script of the audio, which then gets translated into a different language and voice-over artists in that language produces the audio recordings in a professional studio.

If the script of the audio is not available, then we undertake the transcription of the audio first. The transcription is reviewed to finalize the script. The voice-over artists are then selected based on their gender, age, voice tone and style. Voice-overs have become inevitable for imparting effect through any medium to communicate with the audience. The application of specialized Voice-over services has moved to a broad spectrum and since then, quality has become the need of the hour. We, as a Voice-over company, have been adding the best artists to our talent pool that match your pitch effectively. We have been providing Voice-over services to our esteemed clientele. We spare no effort in delivering the vocal excellence based on script and requirement.

The penetration of crossover cinema, foreign language movies, and regional language films has made Indian language voice-overs crucial for reaching the perfect audience. We take all care in selecting voice-over artists and dubbing artists to do voice-over in Indian languages Apart from movies, our Voice-over services are widely utilized in training sessions, presentations, online educations, e-lectures, ad films, cartoon films and in synchronization with various types of motion-picture simulations.

Subtitling or captioning refers to displaying textual versions of the dialog in films and audio visual contents. Subtitles are usually displayed at the bottom of the screen and usually closely follow the story line. Subtitles are used as a written form in the same language of the dialog or written form in a different language of a dialog (involves transcription, translation). Subtitles are also used to help the hearing impaired or deaf audience. Subtitling has three components:

Source script with time code: Since usually it is a movie, the source script is either given by the client (find out) or if they dont, we have to transcribe it. This means the client has to first pay us for Transcription (hearing the voice in the movie and writing it down in the same language and time code is denoted as 00:00:00 for hours, mins, seconds. The time code means exactly when that dialogue happens from the beginning of the movie). The charges are per minute (charges depend on the language used in the movie) and one minute has about 120 words (so you can estimate word count according to the length of the movie). Usually this transcription (script) is first sent to client for approval so they can check it themselves first.

Integration: The translated text given by the translator is then integrated with the movie according to the time code so that the subtitle appears exactly when the dialogue is being said. Integration is the third component of the cost that the client has to pay. Usually there are 20 subtitles in a minute and an Integration fee is charged for each subtitle at US$ 2 or AED 10. 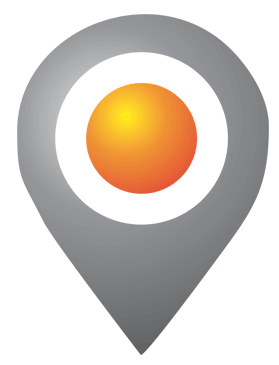 PLEASE GET IN TOUCH WITH info@crystalhues.com
FOR THE BEST SOLUTIONS IN MULTIMEDIA PRESENTATION SERVICES.